How to restore trust in the wake of the Hayne report 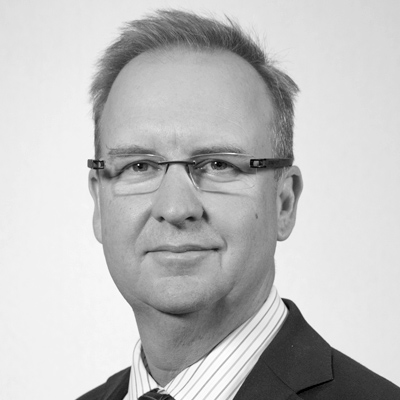 The first casualty of war may be truth, but it’s trust that has been obliterated by the findings of the Hayne Royal Commission into Misconduct in the Banking, Superannuation and Financial Services Industry.

The release of the Final Report has been met with a mix of Establishment shame and shock, along with scepticism that anything will fundamentally change. For consumers, any lingering trust in the probity of financial institutions or the ability of governments and regulators to do anything about it has been blown away.

You can hardly blame consumers for being so unwilling to trust that change will, finally, occur. The problems identified by the Royal Commission are not new. Most of the same issues have been raised before, with little systemic change resulting.

In fact, these issues are not even unique to markets within financial services. The same underlying problems have not only been seen in other markets, but they have been successfully addressed in those markets.

The answer lies in permanently improving the quality of those markets. In essence, that means making them fairer (which in the case of the financial services industry in Australia means being transparent and reducing illegal or unethical behaviour) and more efficient (including such things as reducing transaction costs).

Low-quality markets allow consumer and corporate participants to be exploited by those with the incentive and the advantage, and create a lack of trust that requires regulatory action by government.

The irony in the situation Australia now finds itself in is that Australian technology has successfully made international markets, including in Europe and North America, systemically fairer and more efficient.

Thomson Reuters Tick History (TRTH) is a world-leading product providing deep and reliable data to traders. SMARTS Surveillance Software ensures compliance with regulations by analysing trades and identifying any issues. Both were developed by the CMCRC-SIRCA Group, and both have driven new solutions in capital markets in which non-compliant or unfair transactions were becoming rife and destroying confidence in the markets and value in the provider.

Even in Australia, CMCRC-SIRCA-developed technology has had a profound impact. In the health arena, trust has been restored to the provider and insurer markets thanks to Lorica Health technologies identifying and mitigating fraud, waste and error.

Changing the drivers for change

For change to become meaningful, updating laws is not enough, nor is an increase in activity of regulators or government.  Industry must fundamentally change its systems and capabilities to identify and respond to issues, breaches and trends,  and permanently raise the trust bar across their organisation.

Technology like CMCRC-SIRCA’s is most effective when applied to support industry participants who display genuine commitment to increasing their integrity, and therefore earning the trust of their customers and protecting hard-earned shareholder value.

This positive approach and progressive attitude in turn creates a profound, sustainable increase in the fairness, efficiency and integrity of the markets.

It is, in every sense of the term, a virtuous circle.

So, why have these changes not happened already?  Some will point to having more to gain by not acting  than by acting (once the commercial incentives of both options have been weighed against the risks).

This argument should carry little weight in today’s environment, and is directly challenged by some significant reputational damage caused by failure to address these issues.

Some may say it is lack of technology.  However, organisations like CMCRC-SIRCA can prove that this is not the case, even though some stakeholders are actually incentivised to delay real change by making these solutions more expensive and take longer to implement.

Some will say that given the incentives, change will only occur where a regulator seeds that change with its own action.

Increased trust and protection of value

In all these circumstances individual companies can make an informed choice to act now for immediate results in increased trust and protection of value.

The question Australia’s embattled financial services industry must answer is: ‘Are you individually prepared to create transparent systems that will not only uncover issues that  you can act on and address, but also make such systems transparent to other parties, creating trust and improving standards and quality across the industry?’

If the answer is yes, and the words are followed by collaborative and proactive action, the industry will be able to realise the benefits of increased trust and more efficient markets.

The systems and capabilities that result from such action should be seen as the minimum requirement. This is perhaps the only approach that can create the transparency required to rebuild trust with the regulators mandated with ensuring markets are fair and efficient and, more importantly, with consumers.

Some positive signs are emerging. This includes the CBA taking an early leadership position that it will make changes to address the issues raised in the Royal Commission. Now let’s work together to take the words and turn them into systemic actions — the opportunity is right in front of us.